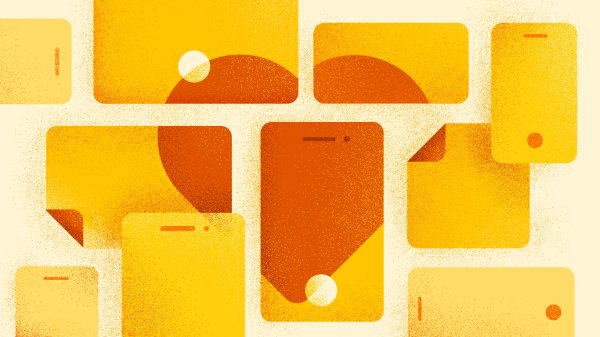 Did you know that 59% of customers prefer to buy new products from brands familiar to them and 21% from brands that they like? This is the power of branding. We’ve already discussed the principles of brand building, so now let’s turn to what can possibly go wrong in the brand building strategy. What brand building mistakes should marketers and business owners avoid?

A strong visual identity is a crucial part of brand building right from the start and neglecting it can be costly. And it’s not just about having a beautiful brand book, user-friendly website, well-designed presentations, appealing ads, etc., although of course they have to be top-notch as well.

What is also important is to have an element that is instantly recognizable with your brand. Think about the shape of Coca-Cola bottles, Starbucks’ mermaid, Adidas’ three straps, the crown of Rolex. And now compare it to Yahoo! and GAP after an unsuccessful redesign. Makes the difference, right?

Another important thing is that your visual identity has to be consistent with you and your values. For example, don’t use pale paster colors if your brand is active and energetic. Let’s think of Monster energy drinks. Can you imagine their packaging and website in powder blue and lilac? I don’t think so.

Mistake 2: When in Rome…

This mistake is particularly common among solopreneurs and beginners. They tend to look at what other successful brands do and to mimic them. Although it’s normal to compare with others, mimicking their actions is the worst case scenario. You should never lose your own voice, your own personality. People enjoy uniqueness, character, individualism.

Be authentic, even weird and you’ll find your perfect audience, like-minded and loyal.

Think of a brand like Irregular Choice – they surely don’t want to make shoes for everyone. Dr. Martens, though, instead of chasing trends, have produced their iconic 1460 boots since 1st of April 1960.

If you’re competing with the market leader, stand out and define your focus, like Domino’s Pizza, which is associated with fast home delivery. They didn’t have to advertise as the best pizza ever to be the second-largest pizza chain in the US, after Pizza Hut.

Mistake 3: Not defining your target audience

Being unique has its consequences—you simply won’t please everyone. On the contrary, you shouldn’t even try! It makes more sense to stand out and focus on what your audience’s needs, not any broad audience in general. Narrow down your target market by:

With such an arsenal of insights, you can design your brand and communication that speaks to the right people.

Everyone wants to sell a product that is perfect, right? Because who would buy something that is full of bugs, with not so beautiful and impeccable design and not enough features? Well, you would be surprised. Done is better than perfect. Perfectionism doesn’t help in launching a product and building the brand.

First of all, it usually unnecessarily postpones the launch. Instead of letting your brand be and collecting valuable feedback, you waste your time on countless edits and improvements. Build your brand on what is good enough. And then improve it.

Mistake 5: Not aiming for going global

Sure, there are small companies that will always stay small and local. And it’s totally fine. But most businesses, especially those operating online, shouldn’t reject the possibility of going global. When choosing a name, think about how it will be perceived globally, in different languages. Of course, you probably won’t be able to check how it works in each of 6500 spoken languages in the world, but at least try with the biggest.

It will let you avoid situations like Mercedes-Benz, who enter the Chinese market with a name Bensi, which literally means “rush to die”. Or Puff, the brand which expanded internationally, including Germany and hasn’t realized that its name means “brothel” in German.

Mistake 6: Too much change

This is a tip for well-established brands that are tempted to do rebranding. Sometimes it’s not a bad idea – trends in design change, not every decision about brand building from the past was right; brands whose target audience are teenagers need to have a modern, trendy look for years. But sometimes rebranding is doomed to fail since the beginning, sometimes is just poorly done. Examples? Coca-Cola and Gap.

Coca-Cola’s logo hasn’t changed much since 1886. When once they tried to change their formula and branding (even the name, which became the New Coke) they faced enormous criticism and had to go back to good old Coca-Cola taste and visual identity. A similar situation happened quite recently to Gap. They’ve changed their iconic classic logo into a new one, which was supposed to be minimalistic and modern. Well, it didn’t work. Don’t do this at home.

Brand building mistakes can happen to anyone

Branding can be fun, but it’s not a piece of cake. It’s very easy to make many mistakes that may seem to be small, but at the end of the day, they may have a negative impact on your business. Don’t forget that lousy branding happens not only to the solopreneurs and beginners. Giants like Gap and Coca-Cola have learned it the hard way.