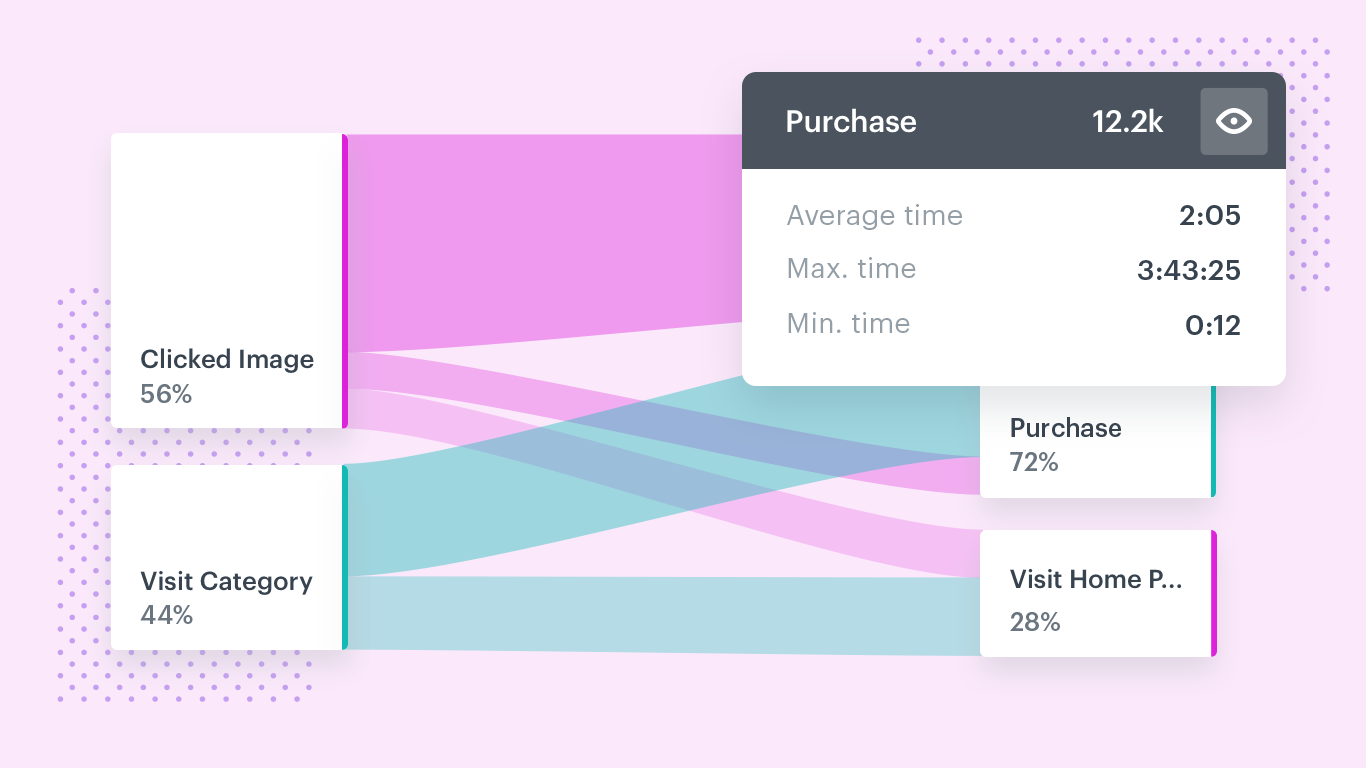 Sad that your holiday is over? As a consolation, we have a set of improvements for you that we have implemented on our platform on September. After all, nothing is more enjoyable than autumn leaves, a cup of cocoa and some bright new marketing automation features!

Mostly applied in the energy industry, known for its usability and the simplicity of presenting multicategory data, Sankey charts have finally been added to the Synerise application.

Due to the universality of the diagram, apart from the energy industry, it is applied across all verticals. Marketing automation is no exception. The logic behind the diagram provides answers to questions like how users landed on websites, what kind of actions led them to conversion and how they responded to a campaign.

Though the analysis leading to the answers may be intricate, the complexity isn’t reflected in the preparation of such a diagram. In the Synerise application, Sankey diagrams are created on the basis of events that represent customer actions on the website or in a mobile application.

To generate the diagram a user needs to choose an event and decide whether it’s the initial or the final point of the analysis. This is necessary since the diagram can present the chain of customer actions before the event or analyze what happened after.

Users also need to decide how many nodes and paths the analysis consists of. Additionally, using the possibility to select the type of event occurrence, you can let other users decide about the subject of the analysis – either customers or the number of flow repetitions.

Until now, Synerise users could create a report that consisted of two data dimensions.

From now on, they can use up to five dimensions and download a report in the form of a CSV file that contains all records.
Apart from that, we have introduced a new form of time intervals in which the data is presented. Read more about it here.

We have boosted our recommendations powered by the AI engine with a new filter – already bought products.

When you switch it on, the products generated in a recommendation frame will not include the products your customers have already bought during a campaign.

The end of summer vacation does not mean the end of work for us. Make sure to take a look at other improvements we will implement in October!