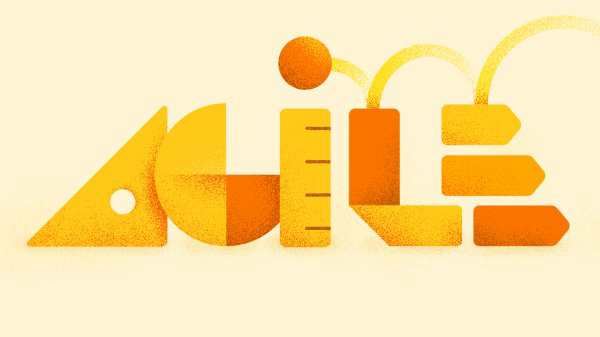 There are still marketers out there who use a certain kind of template for researching, organizing and launching campaigns. It’s tried and true and the kind of routine that starts with a Monday morning cup of coffee and stretches to a Friday afternoon finish line.

They start by building a database and creating segments, get copywriters and designers to submit enough versions to run A/B tests and then study analytics to gain insights into what works and what doesn’t.

It’s a methodical process, designed to make sure the right campaign gets sent to the right customers in the right medium. The idea is to get the right pieces and tools in the right order before pulling the trigger. It’s also a massive waste of time.

In a world where visitors to your site take about two seconds to decide if they’ll stay and e-commerce purchases can be completed in under a minute, taking weeks or even months to move from idea to action sounds like something out of a museum of the history of marketing. The ancient history of marketing.

Trends and ideas now arise in an instant and spread like wildfire before disappearing or being replaced by a new wave of tech-driven buzz. Consumers can appear around a brand in an instant, like a flash mob, before dispersing in a thousand directions just as quickly.

A brand that needs a lot of time to change directions, like a ship turning around in the ocean, doesn’t have a chance of keeping up.

In the digital age, marketers have to borrow a concept originally formulated by their colleagues in the IT department and be agile. And I don’t mean “have to” like “should”, but “absolutely, totally must”. In the age of instant everything, marketers need a process for quickly prioritizing tasks and organizational tools that let them stop, reprogram and restart marketing engines as new information becomes available.

Being agile in marketing means the same thing as being physically agile on a playground—it makes starting, stopping, changing directions and jumping around that much easier.

Let’s jump around a general overview of what agile marketing is all about.

Moving at the speed of customers

You might already know that the entire concept of agile project management in marketing is borrowed from the world of software development. Around 2001 a group of innovators calling themselves the Agile Alliance began to construct alternatives to traditional waterfall software development processes. This method, which forced the various elements involved to be completed in a fixed, linear sequence, worked well in most cases but was not without its problems and inefficiencies.

The improvements made to the conventional strategy for software development quickly proved to be applicable to a variety of business environments. It didn’t take long to see that the idea of going “agile” could be adapted to general management, marketing, manufacturing and to any number of subfields in these areas.

Within about four years of their first discussions of the idea, the Agile Alliance had started a revolution in every corner of the business world.

When applied to marketing, the goals of agile practices are to improve the speed, predictability, transparency, and flexibility of marketing operations. It is essentially a strategy for marketing teams that focuses solely on achieving the most worthwhile goals while working collectively and iteratively.

It puts an emphasis on measuring results, making corrections and then measuring the results again to constantly improve. Agile thinking makes allowances for changing directions when things don’t go according to plan or when new data necessitates a reset in strategy.

Also, by empowering small teams to make key decisions, the agile approach increases the speed that is crucial to responding to input from the market.

Whether it’s fine tuning a pitch or completely changing course, keeping up with today’s customers means collecting data, reaching conclusions and reacting while organizations stuck in the old way of doing things are still deciding how many teams to create. If you’re not agile, you’ll soon be passed by someone who is.

It’s all about priorities

Another central idea in the agile approach is the stress placed on working on the most important matters first. Agendas should be set according to what pushes the team ahead the most, not what happens to be next on a list that may or may not be relevant now. Agile marketing guides teams to focus their work on high-value projects or stages in a process, measure the impact of their work, and then constantly iterate with more improvements.

Agile teams use a backlog, a prioritized to-do list, to track which parts of a job should be tackled next. This means that when team resources become available, they can be assigned—or assign themselves–to the next item on the list instead of having to start from zero and look over all the possible things they could work on.

Also, the list of items is dynamic and always subject to change. The agile approach can mean radically altering the list based on feedback if necessary. Executing a predetermined plan only makes sense if the assumptions behind the plan are still valid.

Creating priorities is highly correlated with another practice in agile marketing—working in short cycles to complete precisely defined projects.

This is obviously a marketing version of “sprints” in the world of software development, where work flow charts are useful in mapping out the strategy needed to complete a given project in the time period assigned to it. Assigning priorities combined with short, focused and intense work devoted to separately defined jobs means faster and more measurable progress.

An interesting flip side to this methodology is the fact the prioritizing one task often necessarily means ignoring, at least temporarily, another. Tending to one “garden” results in others just sitting there until they reach the top of the list.

Maintaining the efficiency and discipline of an agile system sometimes means letting that other garden grow a little wild, at least until it becomes a higher priority than whatever is getting attention now. Don’t make the mistake of thinking you can pay full attention to every weed growing in your company at the same time while still remaining agile.

Here are four of the most common immediate benefits of implementing an Agile mentality into a marketing team. The specifics will vary from industry to industry and every marketing department has its own unique chemistry but going Agile typically means seeing improvements in:

Numbers don’t lie and Agile marketing is all about letting the stats show the way. Everything is quantifiable and measurable. This means it’s easy to identify the campaigns that get the best results and allocate resources accordingly, promoting a process of constant improvement and operational efficiencies.

When teams have the authority to act and make decisions, a bias for action replaces passive participation. More engaged employees are happier, more satisfied in their jobs and contribute more.

Agile transforms the culture of marketing teams. When smaller units have voices and input into strategies, integrating those contributions means discussing which bits and pieces fit best together.

The value of the ability to move quickly cannot be overstated. Focusing on defined goals in short cycles means energy and momentum can be more easily redirected if circumstances demand it. Responding to changes in the market doesn’t take nearly as long when you’re set up to pivot quickly.

Let’s touch on some other components of the agile view of organizing marketing efforts and how they can impact the performance of any team.

The occasional spectacular big gamble that pays off gets all the attention but success usually comes in small steps. Taking a huge leap of faith might look like an attractive option and it’s tempting to imagine the praise you’ll get for being so bold if it works out but the odds are against you if you’re just guided by a gut feeling and crossed fingers.

With agile, it’s about iterating and using feedback to inform which direction you take. Making your way one step at a time might not have the romantic flair of making a huge jump but at least you can be sure of each step you take.

Testing and data over opinions and conventions

The numbers don’t lie. Everything can be tested, measured and quantified now and graphs can count for more than intuition. That doesn’t mean that there’s no room for the human qualities that machines can’t copy (yet), but numbers, not feelings, should be your guide.

As a marketer, you will have plenty of opportunities to introduce your own special sauce into the mix but the main recipe should always be guided by hard data.

Collaboration over silos and hierarchy

Marketing is a team sport. When communication channels run vertically instead of horizontally, that’s when problems start. If you maintain an environment where everyone is informed and can act based on that information, the whole organization benefits.

Being agile means being able to hop over barriers that used to divide one department from another and get everyone on the same page.

We don’t often get a chance to quote Mike Tyson in the world of marketing strategies, so we will take advantage of the opportunity to use his reply to a reporter’s question about an upcoming opponent who had a “plan” to beat Tyson:

Everybody has a plan until they get punched in the face.

When carefully designed and often expensive marketing plans get punched in the face by the reality of the marketplace, having the flexibility to quickly adapt and respond is key. Rigid plans implemented by multi-layered, complex teams mean the punches keep landing while a new plan slowly takes shape.

When this happens, it’s just a matter of time before the knockout blow comes. Don’t get locked into a plan when reality is telling you something has to change.

So, does going Agile sound like a good move? Of course it does. There are many ways to make the switch and finding the right speed and degree for you will take some experimentation. Try some new ways of doing things, see what works and what doesn’t and keep going from there. See —even the process of going Agile is Agile!